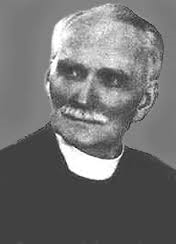 Dr. William Graham Scroggie, was born in 1877 in Great Malvern, England. He attended Spurgeon’s College in London in training for the ministry. As a result of his opposition to modernism and worldliness, he was turned out of his first two churches. During the following years he laid the mental and scholarly foundations for all his subsequent works. His pastorates included churches in Sunderland, Edinburgh, and Spurgeon’s Tabernacle in London where he served during World War II. Between 1914 and 1954 he had the exceptional privilege of giving 12 Bible Readings (teaching sermons) at the historic Keswick Christian Life Convention in the Lake District of England. The late Dr. Stephen F. Olford was a student of Graham Scroggie. One day Scroggie was teaching on prayer. Student Stephen Olford said to his teacher, “Dr. Scroggie, sometimes I don’t feel like praying,” to which Scroggie replied, “Stephen, pray when you feel like it…pray when you don’t fee like it…pray till you do feel like it.” I heard Dr. Olford tell this story many, many times as he urged pastors to place a high priority on their devotional life.

These words, used of the Athenians, “…for as I was passing through and considering the objects of your worship, I even found an altar with this inscription: TO AN UNKNOWN GOD. Therefore, the One whom you worship without knowing, Him I proclaim.” (Acts 17:23), are of universal significance.  Man is essentially a religious creature, and the instinct to pray is as widespread as the race.  I trust that the following may prove a means of help to many who yearn to live a true devotional life.

I. THE PROFOUND IMPORTANCE OF THE DEVOTIONAL LIFE

1. Its Meaning, or How It May Be Defined… Devotional life is much more than the sum of devotional acts; it is an essential atmosphere, an attitude, an energy.  Miss Havergal has a poem entitled, “Be a Prayer,” and that is much more than saying a prayer.  Acts of prayer should be but the focusing of a life-spirit and habit.

1 Its Relationship To The Whole Cycle of Christian Life…It must be central.  In every life there are things central and foundational, from and upon which everything else radiates and rests, and in the Christian life that should be devotion to God and His service.  If your life has anything else for center, it is a disarranged and disorganized life. “Your Devotions” should be the “large upper room furnished,” which covers and rules all the other rooms in the house of your soul.

3. Its Claim Upon Every Child Of God…It demands time.  Devotional acts, cold and calculating, may be pushed in anywhere, and with a scrupulous economy of time, but not so the devotions of a true Christian. Those who have spent most time in prayer have accomplished most.  Daniel prayed three times a day, and Ezra seven times, and religious history is full of illustrations of the need for, and fruitfulness of time devoted to prayer.  Time is necessary!

To be continued, next point 2, “The Careful Cultivation of the Devotional Life. (Taken from, “The Problem of Unanswered Prayer,”  W. Graham Scroggie.